This video explains why Socialism will never, ever work. Why Capitalism and Adam Smith are King. What is wrong with healthcare. Did you know that there is a tax on Gold coin sales over $600 embedded in the Healthcare bill?


Uscivilflags.org- The home of the Sovereign American flag! 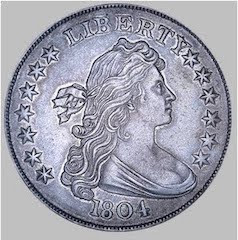 he silver markets are rigged. Every day. Every trade. Every option. Every derivative. The silver markets have been rigged since the early 1970's when Alan Greenspan introduced computer market trading systems to the world beginning the long term commodity market rigging operation.

Since that time there has not been a day when the silver markets have been "freely traded". Nobody, and I mean NOBODY, knows the true "Fair Market Value" of silver!

But like all price suppression schemes, the silver manipulation must come to an end and we are on the brink of that moment. The only remaining question should be "What is the true value of silver in terms of money?"

First a little background to set the stage.

Beginning in the early 1970's, computers were introduced to control the order flow in financial markets. Order processing was drastically changed with the New York Stock Exchange's "designated order turnaround" system (DOT, and later SuperDOT) which routed orders electronically to the proper trading post to be executed manually, and the "opening automated reporting system" (OARS) which aided the specialist in determining the market clearing opening price (SOR; Smart Order Routing).

Today we have algorithmic trading, auto trading, algo trading, black-box trading, robo trading…and the list goes on. Algorithmic Trading is widely used by pension funds, mutual funds, and other buy side institutional traders, to divide large trades into several smaller trades in order to manage market impact, and risk. Sell side traders, such as market makers and hedge funds, claim to provide "liquidity to the market", generating and executing orders automatically. In "high frequency trading" (HFT) computers make the decision to initiate orders based on information that is received electronically, before human traders are even aware of the information.

Over the years computers have played an increasingly important role in everything related to our "free and open market system" such that today's financial markets CANNOT function without computers. The Federal Reserve, US Treasury, Wall Street insiders and the Exchanges were all instrumental in the integration of computers but they also gained access to secret trading information before the order hit the open market. This information coupled with the fastest computers on earth made market manipulation easy.

This power, the power to control markets, was too much for anyone to resist. Over time those who were given the official key to the back office operations have used and abused their position to its manipulative fullest. Although some of the time they used this power in an official capacity (for the good of the country), more often than not it was used in an unofficial capacity… for the good of themselves.

Bernie Madoff, the ex-head of the NASAQ, was a great example of this public to private transition as his private trading firm was all computer algorithm based market rigging operations. There are many other ex-Exchange/Wall Street officers that went on to open computer trading operations. Many continue to thrive such as EWT, LLC which became a dominant trading/market making firm using "state-of-the-art technology and algorithmic models". EWT was founded by Vincent Viola (ex NYMEX Chairman) and David Salomon (reported to Robert Ruben at Goldman Sachs) and are also an "Authorized Participant" in the iShares Silver ETF (SLV).

Are you beginning to see the problem? He who has the biggest, fastest and smartest computers (or programmers) can set the price and will ALWAYS WIN! No longer is there any kind of true supply/demand factors related to commodity exchanges or prices. Computer trading should be outlawed…the convenience and efficiency it provides does not offset the detrimental effects and potential for total and complete market manipulation.

If you want a silver retailer, the lowest cost provider is monex. Paul Bea is my account rep. 800-949-4653 x2172 referral Kevin from Uscivilflags.org

CFTC Created to Cover Up the Manipulation

From that moment the CFTC has been run by board appointees that showcased a revolving door of Wall Street insiders ensuring that the computer market rigging operations were not interfered with. The only notable exception is Brooksley Born who was fired by President Clinton when she found out the truth about our supposed "free markets" and tried to warn everyone. (see The Warning)

Listen to Brooksley Born explain the problems in her own words when she accepted her JFK Profiles in Courage Award in August 2009.

A while back I gave up my fight against the CFTC as I determined that they were NOT protecting the best interest of the investor but rather they were protecting the computer market rigging operations and the people involved. Here is one of my last articles on the subject:

Road to Roota III -- Who's the little man behind the curtain?


Now that you have some background let's get back to $6,000 Silver!

Historically, when any price rigging operation stops the violence of the ensuing price changes are determined by the length and scale of the manipulation as well as the underlying fundamentals of the item being rigged. Take for example the famous 1980's case of the Hunt brothers trying to corner the silver market. From early 1974 the Hunt brothers started accumulating silver which ultimately drove the price from $6/oz to $50/oz until January 21, 1980 when the CFTC finally pulled the plug on their operation. Within 2 months the price of silver plummeted from $50/oz to $10/oz and the silver price was back under control of the US Government and Banking Cabal. An excellent account of what transpired can be found here:

This account shows what can happen to the price of a manipulated commodity when the price manipulation is ended. In the case of the Hunt Brothers the manipulation lasted 6 years and involved approximately 130M oz of physical silver and 90M oz of COMEX silver contracts. This was an attempt at a Long Silver price manipulation but it was going on while the Short Silver Official manipulation was going on trying to keep the price down. The only way the Hunt's accumulated so much silver without the price heading into the many thousands of dollars was the official computer price suppression operation.

The manipulation was ended when the CFTC stopped all COMEX Silver purchases and allowed only silver liquidation sales instantly driving the price down. In 1980 the US Government held 3B oz of silver and in order to maintain the lower silver price levels they sold the entire stock of silver into the market over the next 25 years. That excess supply combined with other governments divesting their silver was enough to continue the price suppression scheme for almost 40 years. That supply is now gone.

One Bank has the Hot Potato

Ted Butler of Butler Research has been exposing the official manipulation of Silver for the past 25 years. His research was instrumental in exposing the gold/silver leasing operations and the massive concentrated short positions in both gold and silver. On September 3, 2008 Butler published a report entitled Fact Versus Speculation where he showed how one bank, JP Morgan Chase, took over the Bear Stearns Silver COMEX Short position of 30,000 contracts or 150M oz.

Since this report was published JP Morgan has continued its silver market rigging antics in an effort to get out of this precarious short position. After Butler exposed JPM as the culprit there have been wild orchestrated swings in the price of silver as JPM attempts to cover their massive COMEX short position. The price of silver has risen from $13 to currently around $18 in this time frame and the size of the short position held by JP Morgan has gyrated wildly between 30k and 40k contracts as they desperately try to shake the longs to cover their shorts. But even with this rise in price the short position is STILL above 30k contracts according to the CFTC's latest Bank Participation Report.

Add to this various silver market manipulation tools such as naked shorting silver ETF's, falsifying COMEX warehouse data, unallocated silver, leasing and swapping metal and you have a situation that dwarfs the Hunt brothers case.

Of course, JP Morgan is no ordinary bank because they are also the LARGEST derivative holder in the WORLD at $78.5 TRILLION! Do remember Warren Buffett calling derivatives "Weapons of Mass Financial Destruction"? Well, JP Morgan holds the mother load when it comes to silver too with $9.3 BILLION of Silver derivative contracts!

(OCC Report table 9: Classified as "PREC METALS"… might be a little platinum but not much).

This report was for the quarter ending March 2010 when the price of silver was $17.50. That translates into over 530 MILLION OUNCES of notional silver derivative contracts that remain open!

COME ON PEOPLE! I'm starting to think my $6,000/oz silver call is too conservative!

1) I know silver has not been freely traded in 40 years so today's price if irrelevant.

2) I, like many, estimate there is only about 1B ounces in above ground physical silver for investment purposes.

3) I, like many, estimate there is only 5B ounces of above ground physical gold for investment purposes.

CONCLUSION: The price of gold is around $1,200/oz so the true Fair Market Value of Silver should be $6,000/oz in a FREE market!

It's simple, if you remove ONE BANK from the supply side of the equation the price of silver will SKYROCKET overnight.

ONE BANK controls the price of silver.

ONE BANK controls the fate of our monetary system.

ONE BANK is behind the curtain pulling the silver manipulation levers.

ONE BANK has control over a nation that was founded by "We the People".

ONE BANK MUST GO AWAY TO SAVE OUR LIBERTY!

May the Road you choose be the Right Road.