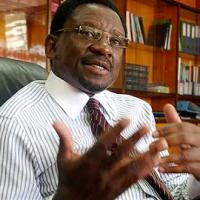 Well, that is actually not what they said, but that is what they mean as a result of Kenyan-born Barry Soweto ascension to the Presidency. These are their words kinda; I wonder if those bleeding heart liberals will ever admit that they are wrong. Tea Party crackpots who believe in the birther issue. Liberals like to dismiss with a wave of their hand arguments that are based in fact or lack of disclosure; which is actually the case with the Obama birther controversy.
A Hawaiian certificate of live birth is not a record of where someone is born. It is a birth registry after the fact by the parents. The argument from the crackpot tea party people is that Barry Soweto's mother flew back from Kenya to Hawaii right after his birth to record Barry's birth in Hawaii. The fact that the Hawaiian government refuses to release the evidence of Barry's birth certificate is prima facie evidence that there is a collusion to com mitt treason. To become President of the United States, one needs to PROVE that they were born within the Sovereign borders of the several states. If there is no proof then one is legally not the President; but a usurper. Now as Obama's world begins to unravel with the exposure of his non-record at the University of Chicago. He was never a Constitutional Law professor, nor was he even a professor, but just a self-entitled lazy dilletante. These are the words of fellow liberal college law professors,... well kinda of.
Was Barack the editor of the Harvard Law review? There is no evidence that he was. To be an editor of the Harvard law review, you need to write something. There is no evidence that Barack ever wrote anything, so no he was not the editor. You can of course prove me wrong and produce a written document by Barack, but while you are at it; why not send the birth certificate along or a copy of one of his 3 or 4 known social security numbers.

A Kenyan lawmaker told the nation's parliament last month that Barack Obama was born in Africa and is therefore "not even a native American."

During debate over the draft of a new Kenyan constitution, James Orengo, the country's minister of lands and a member of parliament for the Ugenya constituency, cited America's election of a Kenyan-born president as an example of what can be accomplished when diverse peoples unite:

"If America was living in a situation where they feared ethnicity and did not see itself as a multiparty state or nation," Orengo posited, "how could a young man born here in Kenya, who is not even a native American, become the president of America?"

Orengo held up the U.S. as a country no longer "living in the past," since Americans elected a Kenyan-born president without regard to "ethnic consideration and objectives."

A new strategy has been unveiled to demand answers to Obama's eligibility questions. See how you can help.

Debate is then recorded in the Kenyan government's official March 25, 2010, hansard – a traditional name for printed transcripts of a parliamentary debate – as continuing with no other MPs mentioning or attempting to correct Orengo's comments about Obama
Source


USCivilflags.org Seeking a world where there is no federal Reserve
Posted by kbcjedi at 1:06 PM 2 comments:

The Ron Paul Revolution is back! Well, it never left.

They just called it the Tea Party and had Glenn Beck and Sarah Palin try to co-opt it. That lasted for about a minute and a half. Ron Paul just won a southern conservative straw-poll, actually Mitt the liberal democract won by a single hanging chad. That does not matter, Mitt will not be around much longer. He is just another sell-out politician who is a moron. The ghost of George Romney is waning anyway; look at the disaster in the Detroit.. Ron Paul will of course continue to gain in prominence because he tells the truth and even the flouride infested junk food rodents known as the American public with pick up the pick axes and become libertarians when their bellies start to grumble.
Uscivilflags- breaking the brainwashing of the debtor's prison.

The Southern Republican Leadership Poll is a sampling of Republican movers and shakers within the Southern part of the United States (Translation: Lobbyists, politicians and other big donors). This poll is significant in that it measures whether or not a candidate is viable (can raise enough support to win the Republican Primary in the South, the traditional Republican bastion).


Here are the results:


Q- If the primary election for president were held today, for whom would you vote? Please check the box by the candidate of your choice.


It is also the time for those candidates that are not "viable" to consider political alliances with those that are. Based on all of the above, I would predict a Mitt Romney/Ron Paul ticket in 2012. This would be the result of Romney's deep pockets defeating Paul's "grass roots" in the Primary. Republican Primaries always favor the guy with the deepest pockets. Or the guy with the most connections to the deepest pockets.


Gingrich and Palin are not viable. Gingrich doesn't have a power-base and Palin resigned from hers. I see both of them joining the Mitt Romney campaign prior to the primaries, in exchange for promises of Cabinet positions in his administration.


Of course, in the end, whether you vote Republican or Democrat, you are voting for the Illuminazis. That is assuming that there will be elections in 2012. The way things are going right now, that seems very unlikely. By 2012, if the globalists have their way, you will be living in a forced labor camp, eating the crusts of stale bread, and singing "The Internationale".


In the mean time, expect more "dog and pony shows" from the people that don't want you looking behind the curtain, or underneath the floorboards until the show is over.


But, lets not be pessimistic. This earth needs a good cleansing, and if the wicked want to destroy the wicked, I don't think God will stand in their way. I also don't think that true Patriots need to worry about these things. We have wasted out our lives calling the people to repentance and trying to restore our God-given, Constitutional government. Our hands and hearts are clean of their blood. They have mocked us, murdered us, maligned us, and cast us out of their "respectable societies". We languish in our self-imposed exiles, our only companions are the truths handed down to us from the fathers. Our only friends, the Patriots who have gone before us.


Why should we care about popular opinions?


They chose their chains when they started down their various paths of greed, wanton lust, popularity and narcotics. We chose our liberty when we rejected these things. They have their idols and we have our God. And with God, all things are possible for those that believe. That means we are heading into a better world even as this one dissolves into chaos and anarchy.


Where there is Hope, there is always tomorrow. So remember, the darkest clouds bring with them the cleansing rain and after the storm, the sunshine and purified air will be that much sweeter.
Source
Posted by kbcjedi at 3:33 PM No comments:

Here are the facts the Royal Mint of Canada's current stash Gold and Silver is only 60,000 oz worth 100 million. There outstanding obligations are 1 billion for 2008 alone. Assume atleast the same for 2009. That is a leverage of atleast 20-1, just for 2 years. Doing the math, a 1-100 leverage between paper and true metal holdings is not out of the question.
UScivilflags.org Educating the people about true money and Sovereignty.
In our last article we detailed how a silver short squeeze could be imminent, due to Andrew Maguire exposing how JP Morgan was able to manipulate down the price of silver on February 5th through naked short selling paper silver that doesn't physically exist. We also discussed how there could now be as much as 100 to 1 leverage in terms of paper gold/silver that trades in comparison to the physical gold/silver backing it.

There are now reports that Lenny Organ, the son of Harvey Organ (who recently testified at the CFTC gold and silver position limit hearings), was able to enter the vault of ScotiaMocatta (Canada's only bullion bank vault) and see that shockingly, it contained roughly 60,000 ounces of silver and gold that he estimated as being worth approximately $100 million. Considering that the Royal Mint of Canada sold over $1 billion worth of gold in 2008 alone and many purchasers choose the convenience of vault storage and a paper certificate over physical delivery, the amount of gold stored in the vault appeared by Lenny to be exceptionally low.

In June of 2007, Morgan Stanley agreed to pay $4.4 million to settle a class-action lawsuit with brokerage clients who bought precious metals and paid storage fees, when in fact it was alleged that Morgan Stanley wasn't physically storing their gold and silver at all. NIA believes we may now have an epidemic of banks selling gold/silver they don't have. If this isn't exposed immediately, it could bring down the world's financial system.

In 1971, the U.S. government defaulted on its gold obligations when it ended the gold standard. If the U.S. couldn't repay the gold it owed to foreigners and was forced to end the gold standard, it's hard for NIA to believe that our gold reserves actually exist. If a publicly traded company is forced to audit its balance sheet annually, it's absurd for the U.S. to have not conducted a true audit of its gold reserves in 56 years.

NIA believes that due to the Federal Reserve's monetary inflation of the past few years, the price of gold should already be well above $2,000 per ounce. We already know that the Federal Reserve's bailout of Bear Stearns was done in part to keep silver prices artificially suppressed. It's not out of the realm of possibility that our country's gold reserves are being secretly sold off in order to suppress gold prices and artificially prop up the U.S. dollar.

In September it was announced that Hong Kong is moving all of its gold reserves from depositories in London to a new facility built under the Hong Kong airport. This was a clear sign that Asian countries no longer trust the western world to manage their gold for them. In our opinion, a COMEX and LBMA default on gold and silver is inevitable as investors around the world wake up and realize that we have a fractional reserve gold and silver system, and begin to demand physical delivery of their precious metals.
Source

For Physical Ownership of Silver there is Monex- The low cost precious metal retailer. Paul Bea 800-949-4653 x2172 Use Kevin from UScivilflags.org as a referral
Posted by kbcjedi at 6:25 PM No comments:

The magistrate huffs and buffs; even uses the contempt of court trick, but abandons the court three times. The common law lay advocate seizes control of the court and dismisses the case. An amazing video demonstrating how the common law can be used in a commericial court venue. All taxes are voluntary as shown here, by the failure of the constable to arrest the layman. It is all about jurisdiction and the laymen never ceded theirs. uscivilflags- fighting to bring back the true law, in-law common law, not de facto law.
Posted by kbcjedi at 3:17 PM No comments:

Popcorn, Peanuts, get your Silver... JP Morgan has made Madoff look like a three card monty dealer. The Silver market is now leverage 100-1. The annual Silver investor market is 2 billion a year or 120 million oz. JP Morgan and company has sold 190 Billion worth of paper silver or 24 years of supply.

UScivilflags.org The flag of a sovereign debt-free Republic.

For Physical Ownership of Silver there is Monex- The low cost precious metal retailer. Paul Bea 800-949-4653 x2172 Use Kevin from UScivilflags.org as a referral.
Posted by kbcjedi at 1:27 PM No comments: